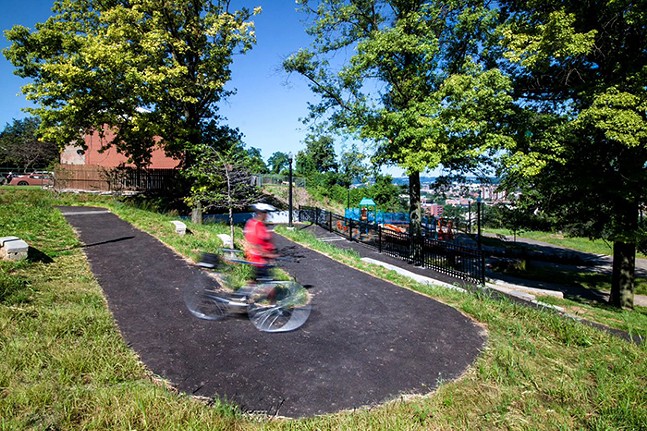 Photo: Courtesy of Pittsburgh Parks
Hill Hike
After months locked indoors and huddled around space heaters, the weather is finally warming up — just in time for Earth Day. This annual celebration of the birth of the modern environmental movement focuses on a full day of eco-friendly action and appreciation for Mother Nature, and Pittsburgh is joining in on the celebration.

“For several years, the Parks Conservancy had hoped to move the annual Earth Day celebration beyond the Frick Environmental Center,” says Alana Wenk, spokesperson at the Pittsburgh Parks Conservancy. “Due to the COVID-19 pandemic, we were unable to hold the large yearly festival. However, this presented us with an opportunity to celebrate planet Earth all month long and across the City of Pittsburgh.”

This year, the Pittsburgh Parks Conservancy is hosting a variety of Earth Day events throughout the entire month, not just the April 22 holiday. They are catered to everyone, from the veteran outdoorsman to the novice nature lovers, and even those stuck in quarantine.

Despite the changes in protocols over the past two Earth Days, the Parks Conservancy is hopeful for the future, guided by a sense of activism and ecological preservation. “As we continue combating climate activity nationally, we must honor, care for, and raise awareness for our planet not only on Earth Day, but every day,” says Wenk.

From Slavery to Freedom Film Series: Urban Roots
Wed., April 21. 5:30 p.m. heinzhistorycenter.org
Wenk says that the Conservancy is “also excited to provide virtual events on Earth Day for those who aren't comfortable with attending programs in person.” In partnership with the Frick Environmental Center of the Pittsburgh Parks Conservancy, From Slavery to Freedom seeks to examine the themes from the Heinz History Center’s award-winning exhibition.

This installment of the virtual From Slavery to Freedom film series will take a look at Urban Roots, a 90-minute documentary about a group of citizens who are transforming urban life in Detroit into an more environmentally friendly landscape. According to the Parks Conservancy, this film “speaks to a nation grappling with collapsed industrial towns and the need to forge a sustainable and prosperous future.” 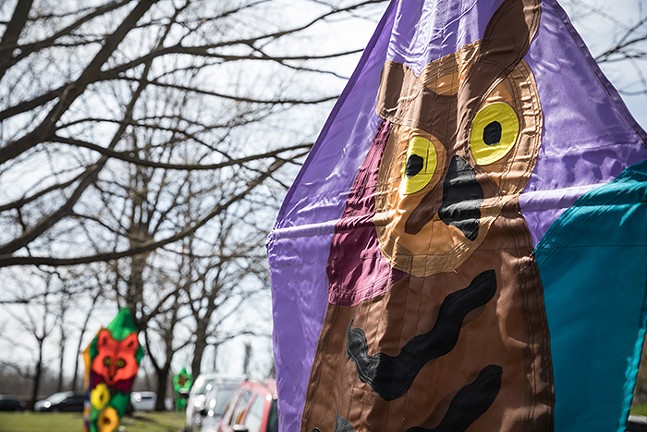 Photo: Courtesy of Pittsburgh Parks
Birds and Kites in the Plaza
Birds and Kites in the Plaza
Thu., April 22. 4 p.m. Schenley Plaza, 4100 Forbes Ave., Oakland
For the novice outdoor adventurers, be sure to visit Schenley Plaza for an afternoon of nature-loving fun. Open to all ages, this event features activities including kite-making and a scavenger hunt for common birds hidden around the plaza in the heart of Oakland.

Hill Hike
Sun., April 25. 11 a.m. August Wilson Park, 1803 Cliff St., Hill District
For this historical hike, Pittsburgh Parks Conservancy is teaming up with Outdoor Afro Pittsburgh. Visitors will begin their journey in August Wilson Park, where they will discuss Pittsburgh playwriting legend, August Wilson. This three-mile hike will feature urban terrain and a series of educational stops to discuss the rich history of the Hill District. A historic center of jazz and a hub for Black culture, this stroll through the Hill will include stops at the August Wilson Home, Freedom Corner, New Granada Theater, the Crawford Grill, and several churches.

“This is a unique hike that will offer Pittsburghers a fresh perspective of a beloved neighborhood park,” says Wenk. 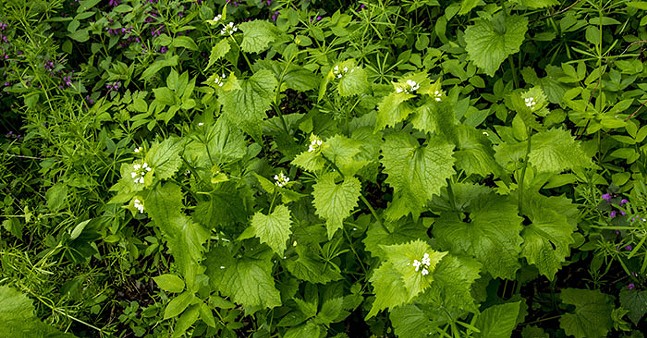 Photo: wiha3
Garlic Mustard, one of the plants included in the Wild Edibles Hike with Pittsburgh Parks
Wild Edibles Hike
Sun., April 25. 11 a.m. Frick Environmental Center, 2005 Beechwood Blvd., Squirrel Hill
Who knew that a world of fresh, wild cuisine could be found in Pittsburgh’s parks? On this Sunday morning hike, visitors will join Melissa Sokulski of Food Under Foot as she helps to identify wild, edible plants found across all of Pittsburgh's parks. Participants will also learn how to sustainably harvest and use locally found plants in early spring. Be on the lookout for Japanese knotweed, garlic mustard, burdock, dandelion, and many more. This event, along with Sunday’s Riverview Mushroom Walk, are “opportunities that offer Pittsburghers connectivity and exploration,” according to Wenk.

Earth Month Concert in the Park
Sun., April 25. 12 p.m. Frick Park Hollow, intersection of Fall Ravine and Tranquil trails
Wrap up the Parks Conservancy’s celebration of Earth Month with a concert in Frick Park. This fully solar-powered concert will feature a slew of local artists. Due to COVID-19 prevention measures, space is limited and those wishing to attend are asked to pre-register at pittsburghparks.org. The Parks Conservancy is also requesting that all guests abide by social-distancing and mask-wearing guidelines. 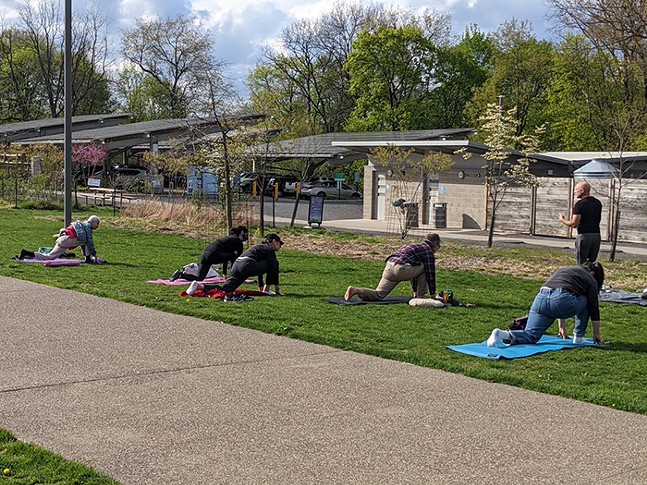 Photo: Courtesy of Pittsburgh Parks
Intro to Hatha Yoga
Intro to Hatha Yoga
Wed., April 28. 5 p.m. Riverview Park, 159 Riverview Ave., Squirrel Hill
Hatha Yoga combines breathing, poses, and medication all into a calming, yet rigorous exercise session. This introduction to the yoga style will focus on sitting positions and the practice of nine yoga poses, followed by a 15-minute deep relaxation demonstration. Participants should meet at the field at the right-hand side of Frick Park’s southern entrance. 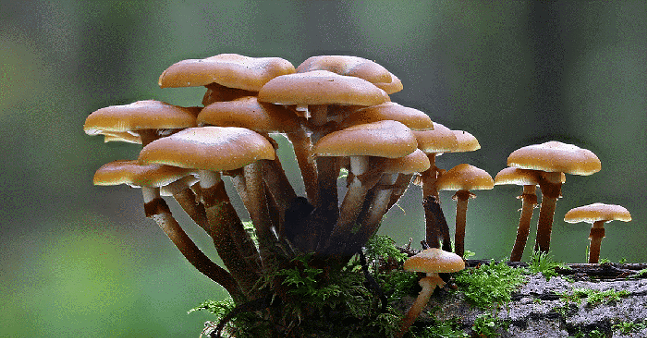 Photo: Courtesy of Pittsburgh Parks
More than Morels: Spring Mushroom Webinar
More than Morels: Spring Mushroom Webinar
Wed., April 28. 6 p.m. pittsburghparks.org
Mushrooms aren’t just for eating, though they can be delicious. During this Zoom virtual event, Pittsburghers can learn about the world of spring mushrooms they can find in woodlands across the area. Join naturalist educator Stephen Bucklin to learn about some of the different species of fungi in Pittsburgh parks.