Since our humble beginnings in 1996, the Pittsburgh Parks Conservancy has completed more than 22 capital improvement projects across Pittsburgh's park system.

From the restoration of the Reynolds Street Gatehouse in Frick Park – to the transformation of Schenley Plaza into the green oasis it is today – to the creation of the Frick Environmental Center – one of the greenest buildings in the world – to the completion of our most recent project, the rehabilitation of the historic North Promenade in Allegheny Commons Park – the Parks Conservancy has a passion for breathing new life into these remarkable public spaces!

Did you know that more than 15 years ago, the Parks Conservancy partnered with the City of Pittsburgh to transform what was once a church into what is today the most rented shelter in Pittsburgh's park system? 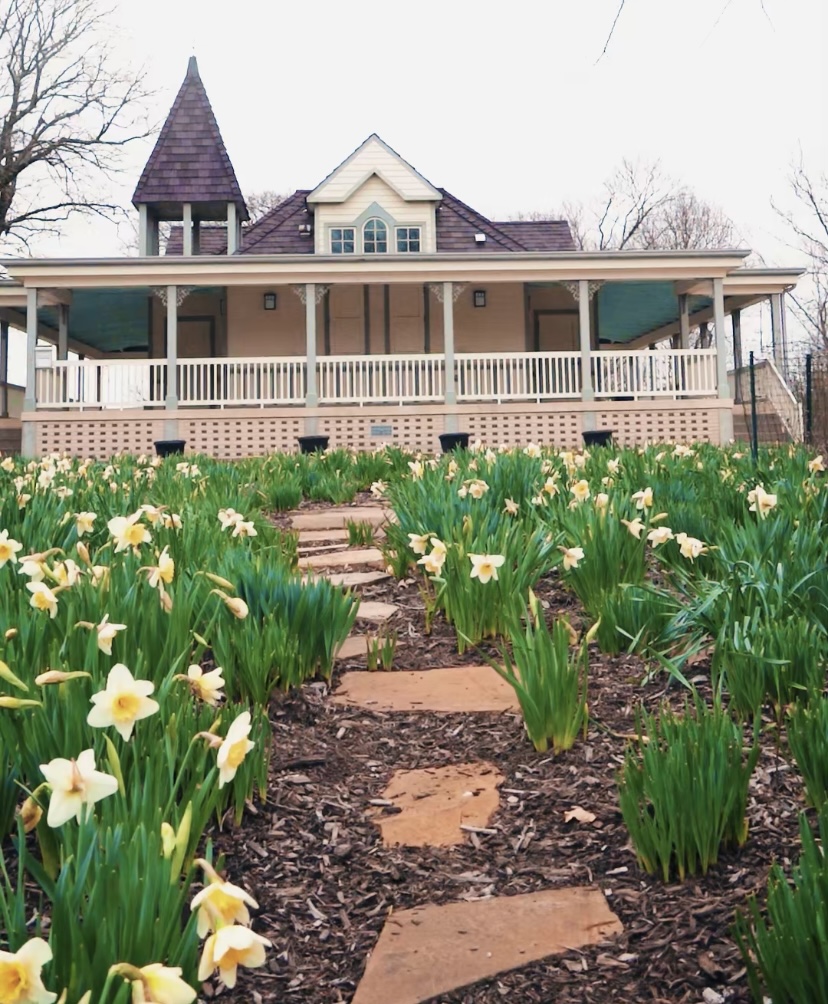 Learn more below and then take a virtual tour with Brandon Riley, Capital Projects Manager at the Parks Conservancy!

The Chapel Shelter in Riverview Park had been closed since 2005, and funds were allocated for its demolition due to a termite infestation. However, thanks to help from the City and additional funders, the Parks Conservancy led an effort to return the once-popular building and green space to a lively gathering place.

In 2005, City crews removed dilapidated tennis courts behind the building in preparation for seeding a new lawn area for informal socialization. The landscape had become dominated by invasive Siberian elms, which were shading out a century-old collection of lilacs. The invasive species were removed, and native trees and shrubs were installed.

"Riverview Park has an intriguing character as there is not a lot of densely usable space," Patricia explained. "The Chapel Shelter area is one of the few flat spaces in the park since most of the site is sloped. When working on this project, our goal was to recapture the degraded landscape, make it adaptable for use, and uplift the overall space. The Chapel Shelter itself is a charming but tiny building, so the surrounding landscape serves as an extension of the space. Our approach was to take what was once a tennis court and transform it into a sizable functional lawn, push back invasives that crept in over time, improve the general health of the woodland strips around the edge of the terrace, and then plant a lush garden."

By June 2008, the surrounding landscape area and building restoration were completed. The interior of the facility was gutted and rebuilt with termite-resistant materials. An updated kitchen was installed, the porch and the restrooms were made wheelchair-accessible, and utilities were buried to increase the beauty and safety of the area. The new building otherwise looks very much like it did when it was first moved into the park, with a steeple, dormers, and a charming color scheme. The Riverview Park Chapel Shelter area is now the most rented gathering space in the City.

Let's start exploring! Click the image below to take a virtual tour of the Riverview Park Chapel Shelter and the surrounding landscape!