The most hotly contested debate in Pittsburgh’s city council, up until March 2020, was about how to spend the money from a new tax to improve the city’s parks. Voters narrowly passed the tax in November.

The specifics of which parks would receive funding and in what order were still being hashed out, but the basic idea to collect around $10 million to spend on city parks was supported by most of city councilmembers.

But then COVID-19 happened. Since then, city leaders have been focused on the realities of the coronavirus. The parks tax debate was tabled and hasn’t been brought up since.

Some city councilors want to leave it that way. “A lot of people are not working,” said council president Theresa Kail-Smith. “The last thing they are interested in is raising taxes at this point.”

“What parks tax? I forgot all about it,” said Councilman Anthony Coghill. “I’m hoping it stays where it’s at. I don’t think anyone has the appetite to raise taxes right now.”

But at least one city councilor, Rev. Ricky Burgess, plans to bring the issue back up during the fall budgeting process, even if the result is to just table it until the following year.

The political context of the parks tax has changed considerably since March. The original debate over the tax centered around what it meant to spend the money equitably. Since then, Black Lives Matter protests across Pittsburgh have put the issue of equity front-and-center, drawing attention — and often support —  from council. Even Coghill, who showed the least support for prioritizing park spending on low-income and Black communities, participated in a demonstration in Beechview. And many protesters have been asking the city to shift its resources into investments in at-risk communities--a key part of the parks proposal. 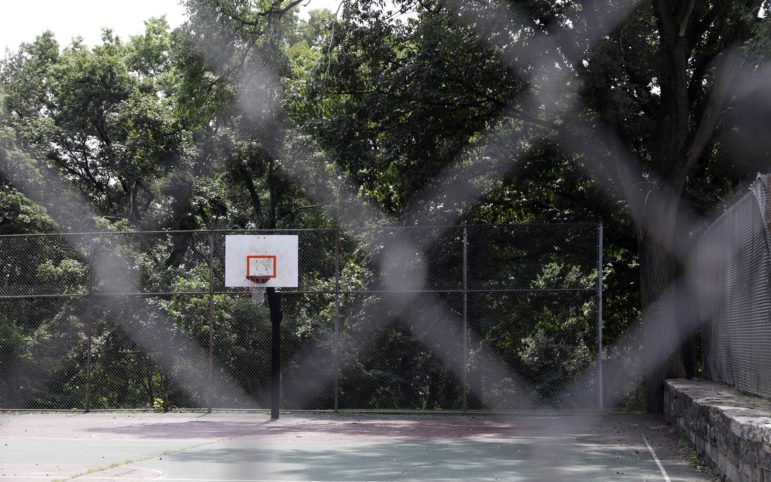 A basketball court in McKinley Park. McKinley would be one of the first parks to receive a major renovation under a plan put forward by the Pittsburgh Parks Conservancy. (Photo by Ryan Loew/PublicSource)

Councilman Daniel Lavelle, one of the proponents of investing the money in under-resourced neighborhoods, said that the city’s large budget deficit has created a new reality. “I don’t think you will see many new capital projects,” Lavelle said. “A lot of it will be maintenance and projects already underway.”

Since the pandemic the parks have become a more integral part of daily life in the city. The number of people visiting parks has increased by about two-thirds in Allegheny County as of June 23, according to cell phone data analyzed by Google.

At the Pittsburgh Parks Conservancy, which championed the new tax, things have also changed dramatically since the debate last year. Conservancy CEO Jayne Miller took a six-month leave of absence soon after the start of the pandemic. Miller was brought on at the start of the effort to create a new city-wide parks plan and pass a referendum to fund it. 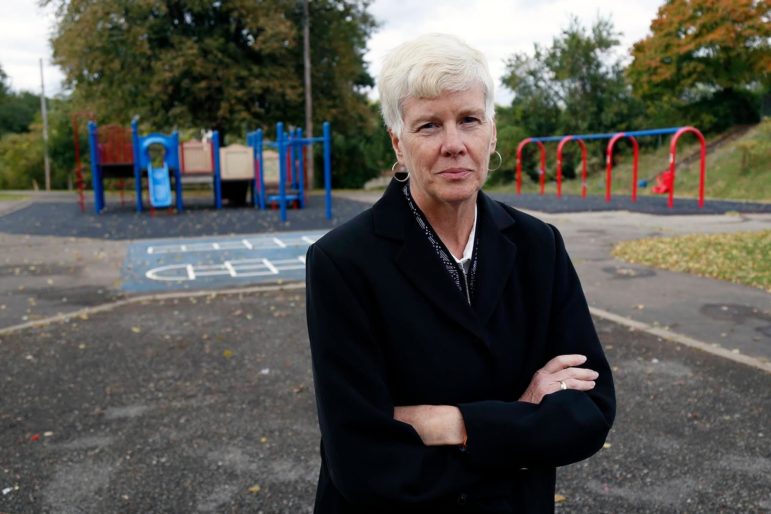 Jayne Miller, president and CEO of the Pittsburgh Parks Conservancy, took a six month leave of absence at the start of the pandemic, pictured here at Kennard Park in the Hill District. (Photo by Ryan Loew/PublicSource)

Meg Cheever, who founded the conservancy in 1996 and came out of retirement as interim CEO, said she doesn’t have any plans to push for the city to start collecting the parks tax.

“I don’t know of any date that it’s going to be taken up. I hope it will be,” she said. “I think it’s important that the parks have some funding because they are more important now than ever.”

Before the coronavirus crisis triggered stay-at-home orders, the Pittsburgh City Council was debating how to allocate taxpayer money from a November referendum. About 52% of Pittsburghers voted to collect around $10 million in additional property taxes to “equitably” improve the city’s parks.

The city council will ultimately set the framework for how the money can be spent, but they must adhere to the language in the referendum, and that language specifies that funding must be equitable for underserved neighborhoods. A majority of the council has expressed support for allocating at least some of the money into neighborhoods that have greater needs to satisfy the equity requirement.

Several of those council members, however, were worried about sending city resources to the Pittsburgh Parks Conservancy, a nonprofit that lobbied for the tax increase. Some council members at the time criticized the conservancy’s plan for park rehabilitation but had not proposed an alternative for how to distribute the money equitably when the coronavirus ended the debate. 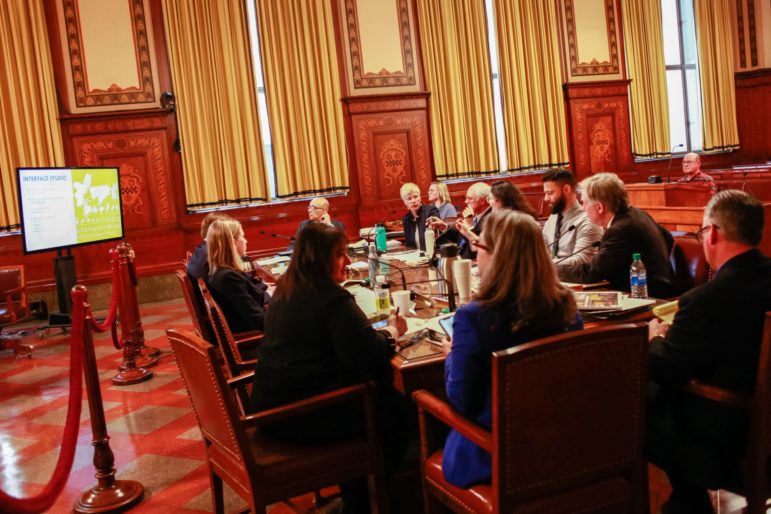 Several city councilors suggested that, whatever the council decides, could turn out to be only a temporary infusion of resources, rather than the wholesale prioritization of parks that voters narrowly approved. Now that the coronavirus crisis has left the city’s budget with an estimated deficit of $127 million in 2020 according to the May projections of Mayor Bill Peduto, the question of how parks tax money is allocated is even more pertinent.

Before the COVID-19 crisis, Miller spoke to PublicSource about the challenges the conservancy faced amid unprecedented public criticism and challenges to morale over the departure of a high-ranking staff member.

“I think change is hard,” she said. “Making sausages is not easy, but it's particularly not easy doing it in the public sector when everything is out there in the public. And that I think is new for the conservancy.”

Back in January, Coghill made a proposal to split the tax revenue equally between parks in all nine council districts. This caught Burgess off guard. The plan that the conservancy advertised to voters, Burgess said, directed additional resources to neighborhoods that needed it most, rather than splitting it equally. 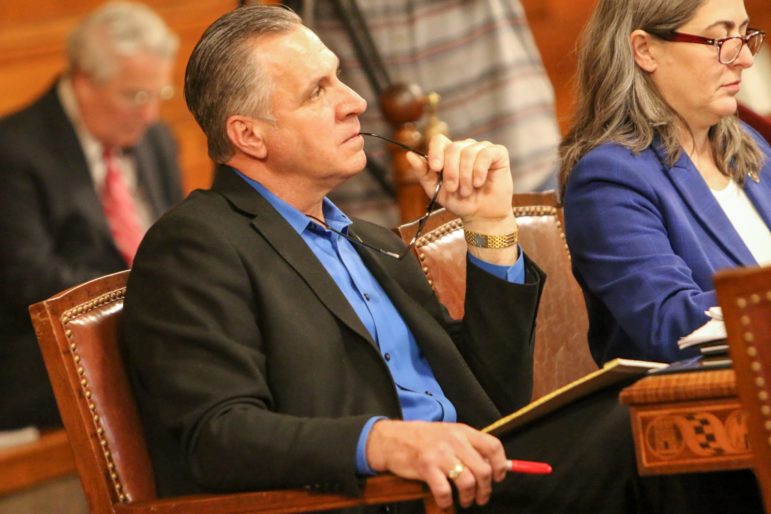 Councilman Anthony Coghill said if the parks tax comes up again for discussion he will push to ensure money makes its way to the parks in his council district. (Photo by Kimberly Rowen/PublicSource)

“So [Coghill] took a plan that was woven with equity throughout to create a plan that was inequitable on its face, illegal, unworkable. And it was, I thought, somewhat sad,” Burgess said in an interview.

Instead, Burgess asked the council to support the conservancy’s plan as its starting point. The conservancy had built out a detailed spreadsheet of key equity indicators near every park, such as its level of poverty and health, and combined that with a list of the parks that were in the worst shape.

Part of the conflict between Coghill and Burgess stemmed from a misunderstanding of the conservancy’s plan. A little less than a quarter of the money had an “equity” plan for how it would be distributed. The equity plan applied to the largest-scale upgrades, for which there was only enough money to complete a handful each year. There wasn’t enough money to make large changes at every park right away. 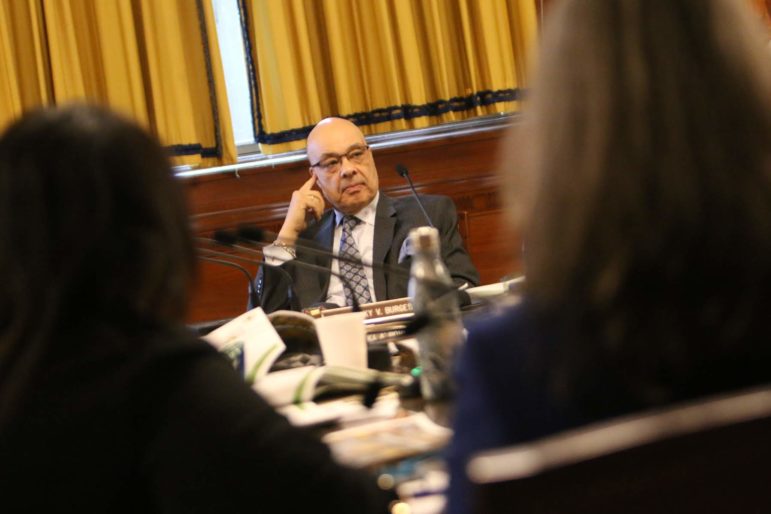 Half the money would go to basic maintenance needs across the city’s park system where every park would receive the same standard of care. And another quarter of the money would be spent on medium-sized rehabilitation projects that needed the most attention but weren’t necessarily in a struggling neighborhood. This was potentially a source of money for the mid-size rehabilitation projects Coghill has been asking about in his district.

“The vast majority of the dollars were always going to be spent by the city and by the Public Works Department taking care of our parks,” said councilman Lavelle. “That money was never going to be handed over to the Parks Conservancy.”

Although the conservancy led the effort to pass the tax, several city councilors were skeptical of awarding it a large percentage of the money.

Kail-Smith accused the conservancy of padding its own budget at taxpayer expense during council hearings in January and March. She said that other nonprofits — which she considers private entities — may try to pass their own taxes in the future and worried it could lead to corruption.

Councilwoman Deborah Gross and most of her colleagues said during council discussions that they were worried that the conservancy is not accountable to voters. Gross said she trusted the public process, where the city is required to get feedback from residents, and notes city councilors can be voted out.

“You have to be able to come and have public comment. You can watch us on TV. You can email us. You can call us. You can accost us on the sidewalk. You know who we are. You can come to our meetings. You can engage in the conversation,” Gross said at the time. “None of that is true with a private nonprofit.” 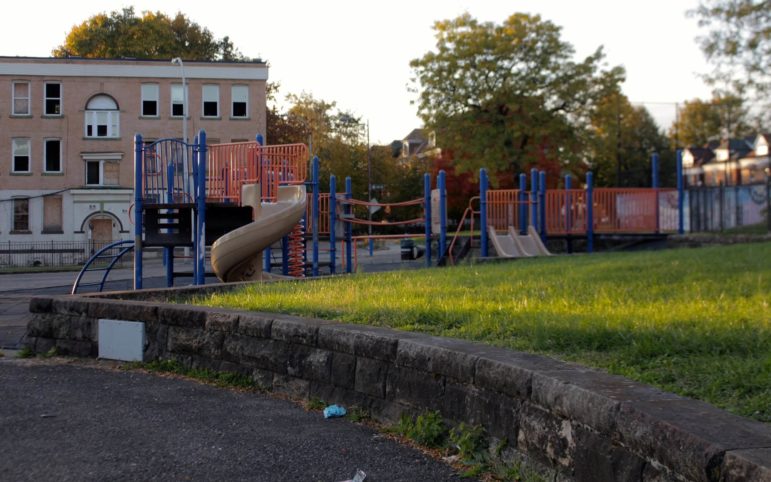 The parks referendum passed with a promise to prioritize parks like Baxter Park in Homewood, where there is a need for additional investment. (Photo by Jay Manning/PublicSource)

The original referendum included a promise of an additional $10 million in matching funds. The conservancy clarified after the tax had passed that it would only fundraise for projects it was awarded and other parks contractors would have to fundraise their own matching funds. Councilman Corey O’Connor said this was misleading to voters.

“We've been a nonprofit that's been able to do its work and do its work well, kind of behind the scenes,” Miller said before she took leave. “But with this more public role that we have been playing, particularly in the last two years, that brings us in this public foray in a way that is new and different.”

Cheever said that after citywide protests, Burgess told her the parks referendum was more important than ever. In the first decade after its founding in 1998 the conservancy was forced by law to focus only on the city’s five largest parks, Cheever said, but has since committed to equity across the system. In wake of the Black Live Matters protests, the conservancy sent an email to residents stating that it was having “honest, at times uncomfortable, internal conversations evaluating our history through the lease of systemic bias.”

When the parks tax comes up for debate again, some of these old arguments will likely return. “At that time my argument will be I want to make sure at least some of those resources go back to my district,” Coghill said, reiterating his stance before the pandemic.

And one issue could become more pressing when the debate reopens: Whether the new parks tax could be diverted to fill revenue holes elsewhere. 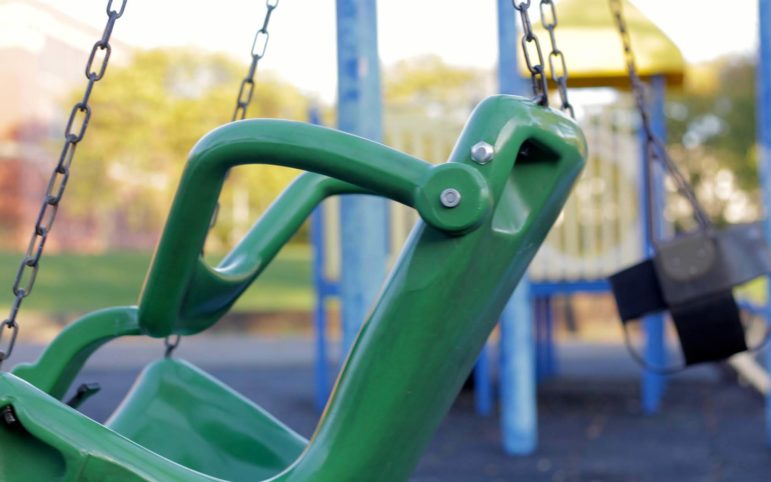 The future of the city parks has not been made any clearer, despite voters passing a tax last November to provide additional funding. (Photo by Jay Manning/PublicSource)

The 2019 parks budget in the city was about $45 million and some city councilors had already raised the possibility that future city councils could reduce the city’s normal parks funding and instead use the new parks tax revenue in its place.

”New administrations come in, new council people come in. Different things happen within the communities. Priorities change and so do people,” Kail-Smith told PublicSource in March, before the coronavirus outbreak has put a strain on the city’s budget.

The conservancy originally hoped the city would create a separate board to distribute the funds outside of the normal budget process, which could make it harder to shift revenue away from the parks. But in their public statements in February and March, the city councilors largely expressed a preference for retaining decision-making power in the council’s hands rather than delegating it.

In an interview on May 27, Kail-Smith said she wouldn’t speculate on whether now was the time to use the parks tax revenue to fill budget holes but did suggest the city should go back and survey voters to see if they still wanted a new tax for parks. “We represent the people in the end,” she said. “If that’s what they want that’s what we have to do.”

Oliver Morrison is PublicSource’s environment and health reporter. He can be reached at oliver@publicsource.org or on Twitter @ORMorrison.