As COVID-19 spread, nonprofits across the country found themselves scrambling to replace in-person galas, luncheons and other fundraisers with alternative vehicles for bringing in donations.

And they have managed to keep the money flowing.

While the model isn’t perfect and the challenges are many, Pittsburgh’s charitable and arts groups continue to innovate in order to keep their donors engaged. And many have found that without the expense of renting a ballroom, caterers, etc., they have stayed ahead of the red ink.

These nonprofit organizations explain how they have been able to tread water through wave after wave of the virus. 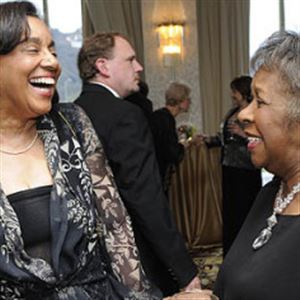 Pittsburgh Post-Gazette
Business of Pittsburgh: A generous community and giving in 2020

The annual Red Shoe Ball for Ronald McDonald House Charities was yet another casualty of the pandemic.

It helped that the sponsors elected to turn their sponsorships for the planned event into direct donations, but keeping smaller donors involved meant rethinking the approach.

“Given all of the virtual events going on right now, we felt people were getting saturated with Zoom,” said CEO Eleanor Reigel.

Instead, during the summer, the Ronald McDonald House Charities group held an online art auction. All the art was donated by professional artists and hobby artists.

“We also reached out to some of the children staying in our houses for art and that was fun,” Ms. Reigel said. “It went so well we will do it again,” she added. 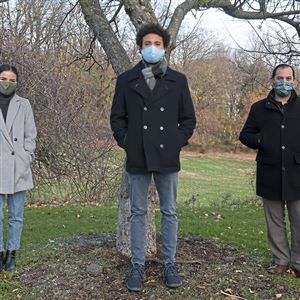 Joyce Gannon
When the social justice conversation changed, area foundations took a hard look at where the money goes

A side benefit: “We made new connections through the artists and the art auction, and the way we are connecting with those new relationships is with a video we put together showing what we do,” she said, adding, “I am happy to say we are good.”

The Carnegie Museums of Pittsburgh Travel Program director, Barbara Tucker, was faced with a huge challenge when international and national travel came to a screeching halt in March. A planned trip to Dubai that month had to be shelved, as did all trips planned for the near future.

“We wanted to come up with a way to keep our travelers, who are often donors to the museum, engaged,” said Ms. Tucker. “We want to keep the museums front of mind and also give people something to do especially when they were locked down because of the COVID.”

She and her team developed the Virtual Curated Travel Program and then added in-person walking tours — creating a hybrid model of engagement.

The Zoom program tapped into the museum’s curators as well as experts from around the world.

Ray Ryan, curator of the Carnegie Museum of Art, was in the first virtual event called Virtual Venice. “We knew this would be very interesting to our travelers,” Ms. Tucker said. This virtual event included catering. Guests signed up and were delivered a Venetian-inspired meal from Black Radish to enjoy while watching.

After that the program took off with Virtual Egypt with Lisa Haney, assistant curator of Egypt on the Nile, and Virtual Sicily with the Duchess of Palma, Nicoletta Lanza Tomasi, and so on.

Events have been offered several times a month.

In August, the organization began selling tickets to on-site walking tours with Albert Kollar, collection manager, geologist and paleontologist at the Carnegie Museum of Natural History. “We walked outside and he talked about the history and the architecture of the Carnegie Institution,” she said.

The tours were so popular that they ended up doing 10. Participants received Carnegie Museum Travel Program hand sanitizer, masks and tote bags.

“It was awesome and people came out of the woodwork to do it,” said Ms. Tucker. “We limited it to 10 people and followed all the COVID protocol.”

“It created renewed interest in our museums and generated a lot of interest from people who had otherwise not participated in the travel program.”

What they found was that, when the walking tours went indoors, there were many repeat joiners. The museum, because it is a cavernous space, has the ability to safely welcome people inside. “The indoor tours are also limited to 10 participants,” Ms. Tucker noted. “We err on the side of caution.”

The new programs do not bring in the funds that the actual program had, but they have developed new relationships.

Virtual travel has been so successful that many patrons are asking that the virtual component remain even when actual travel resumes. “I have come to think this is a way of life now,” Ms. Tucker said.

The Pittsburgh Parks Conservancy had the advantage of the parks’ outdoor space, something that makes any sort of gathering safer for social distancing purposes.

The organization’s largest fundraiser is the annual Hat Luncheon, usually held under a tent with 400 to 600 guests mingling in close quarters.

Sophie Gage, events coordinator for Pittsburgh Parks Conservancy, admits the organization had an edge when it came to engagement. “So many people are visiting the parks right now to find comfort, relief and respite,” she said. “Park use has never been greater, increasing 42% monthly on average since March.”

“We examined what other nonprofits were doing and the main thing was Zoom, but we couldn’t think how that would be appealing,” explained Ms. Gage. She noted the whole point of the luncheon was to be outside, dress up in your hat and enjoy the park.

In the end, they settled on selling three tiers of picnic baskets, which could be picked up at the Frick Park Gatehouse in Point Breeze or delivered to homes.

“It was a way to socially distance, follow all the rules and do something fun,” noted Ms. Gage. The event, held Sept. 26, had been pushed back from May. “We had amazing weather and hit that sweet spot when people were coming outside and things had not started to spike,” she said.

The event grossed approximately $500,000, pretty close to a normal luncheon.

“A normal hat luncheon would gross between $550,000 and $600,000, and we did not have some expenses this year, such as the tents, that we normally would have had so we did very well,” she noted.

Longtime patrons offered their support, but so did new ones whose basket purchase was the first time they had interacted with the organization.

This phenomenon is something many nonprofits experienced. Virtual and hybrid events drew in new participants.

Many of the nonprofits have decided to keep some of the aspects of the new virtual events going forward. “We are looking at 2021 and looking at the success we had this year and finding ways to improve upon it or bring it into our calendar of events, COVID or not,” Ms. Gage said.