For the past 20 years, Phil’s led the Horticulture and Forestry team at the Parks Conservancy. He’s served as an advisor to the City of Pittsburgh regarding ecological, horticultural, and other maintenance issues facing Pittsburgh’s public park system.

In addition, Phil’s worked closely with park supporters throughout the years on various specialized projects to improve the ecological health of Pittsburgh’s greenspaces.

“I met Phil several years ago over a concern for the area above lower Braddock Trail near the intersection of the Nine Mile Run (NMR) Trail,” Kitty Brunkhorst, Parks Conservancy supporter, explained. “His history with Frick Park and close working relationship with Dick Wilford was apparent as they patiently explained why planting trees in that area would actually be unhelpful. As I continued working with them on NMR issues, I became aware of their nurture of the next generation of horticulturalists. I shall be eternally grateful that he was seriously concerned with not only caring for the current canopy but also with seeking trees able to adapt to the changing climate.”

Furthermore, Phil is a leader in testing historically significant trees and their contemporary replacements for genetic diversity and developing protocols for managing those historical collections to maximize biodiversity.

Most recently, Phil collaborated with a park supporter who’s passionate about creating a resilient urban forest. Together, they’ve created the Schenley Park Tree Research Grove, a one-acre site in Schenley Park dedicated to planting native and non-native trees for evaluating their potential to become the future urban forest for the Pittsburgh region.

“Ever since I came to Pittsburgh I’ve admired its trees,” Dr. Tor Richter, a supporter of the Parks Conservancy explained. “I read about Phil’s work regarding genetic tree diversity more than a decade ago. In 2019, Phil and I worked out the idea of an experimental tree grove in Schenley Park that could do double duty as a runoff interceptor and nursery. Today, Fezziwig Grove stands in a corner of Schenley Park and is one of many legacies Phil leaves to all of us.”

In 2004, Phil and Dr. Cynthia Morton co-authored an article on genetic research into the London Plane Tree population in Schenley Park in the Journal of Horticultural Science and Biotechnology. 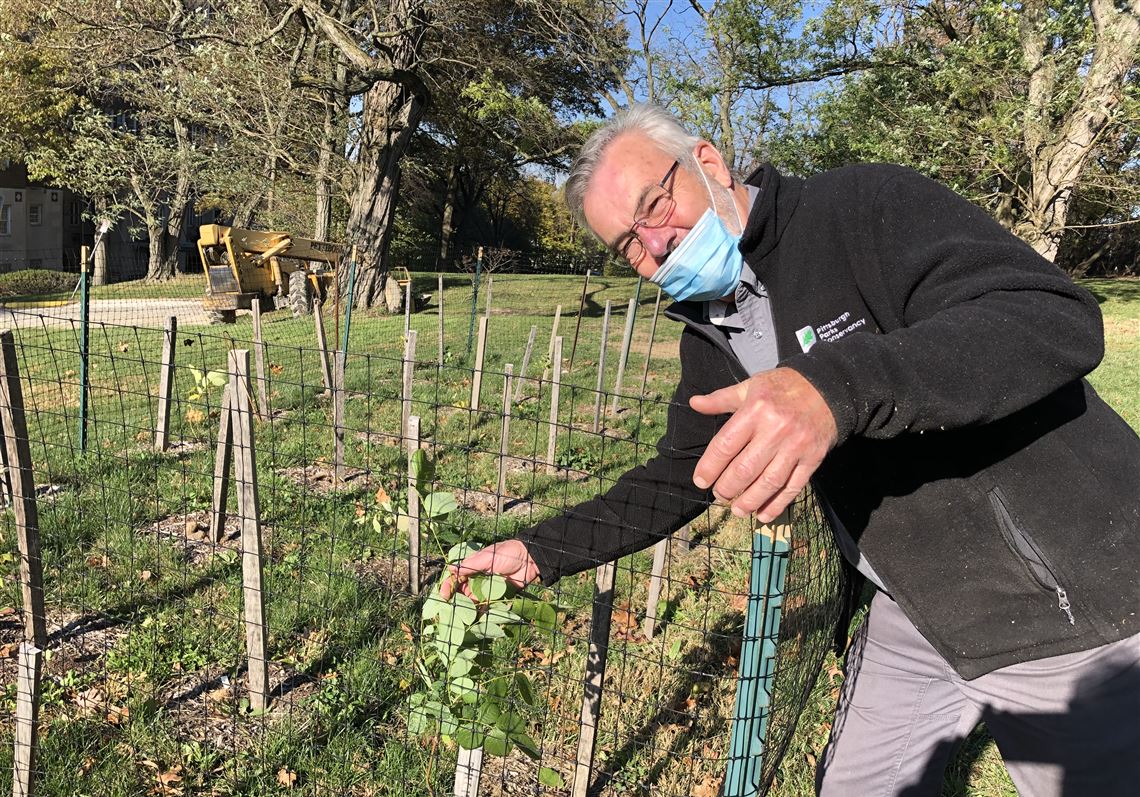 Cynthia explained that this was not just a little project about Schenley Park. Phil and Cynthia’s research outcomes reached an international level when they presented at the International Tree Conference in Australia. Scientists and people from Canada, Australia, and Japan approached them afterward, concerned that they were experiencing the same thing in their countries.

“I am so proud that I had the opportunity to work with Phil on this -- I am not sure the result would have been the same,” Cynthia explained.

Join us as we thank Phil for his dedication to Pittsburgh’s parks and wish him well as he begins his new journey.