In Sheraden, Highland, Riverview, Frick, Schenley, Swisshelm, and Allegheny Commons parks, you may spot trees with a band of white tape that reads, "Ash Tree Conservation Project." Alongside Michael Kelley, City of Pittsburgh Utility Forester, Phil Gruszka, Parks Conservancy Director of Horticulture and Forestry, inventories the Ash Trees in several of Pittsburgh's parks every three years so the City can hire a contractor to inoculate them.

Some of the last remaining ash trees in Pittsburgh, these hardy survivors will soon undergo another round of treatment that will protect them from the destructive Emerald Ash Borer (EAB).

First spotted in Pittsburgh's woods in summer 2007, EAB has proven to be a serious ecological threat. From May though August, the beetle deposits its tiny eggs along the trunk and lower branches of ashes, as well as inside cracks and crevices. Hatched EAB larvae then tunnel into the host tree, making S-shaped galleries. These galleries (pictured) destroy the tissues needed to move water and nutrients, eventually starving the tree. To date, this invasive insect has killed approximately 68,000 ash trees in our park system - nearly 16% of the entire tree canopy.

It's no accident that some ash trees in Pittsburgh survived the destruction of EAB. The Pittsburgh Parks Conservancy and the City of Pittsburgh have since 2011 protected a select population of about 130 ash trees through routine, three-year inoculations.

Chosen for their health and age, these 130 survivor trees are key to repopulating this native species in our region. This spring, we will be checking the health of these critical trees, and again inoculating them against EAB. We plan to continue these efforts until it's possible for this unique native tree to once again take root in our region's woods.

Thanks to the generous support of the City of Pittsburgh for supporting this work! 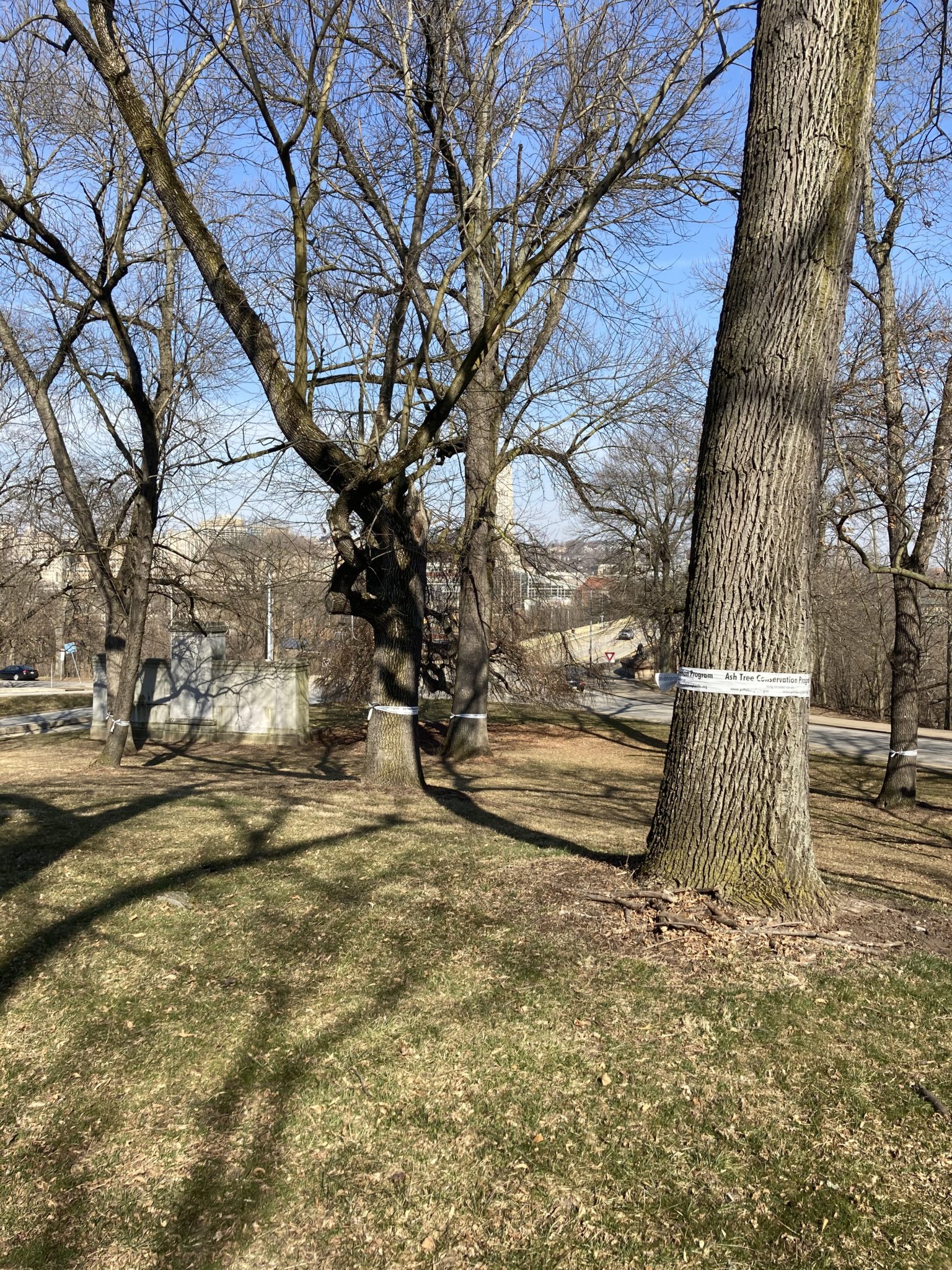